INDIANA – A front-page story in The Indiana Gazette on Sunday reported on this year’s local weather. Slow news day? Hardly. The story was about a superlative – wettest on record in Indiana County.

“Through Saturday, more than 65 inches of rain had fallen, which is almost 2 feet above the normal average of 42 inches,” the story reported.

That’s a 55 percent increase above average annual local rainfall. And that’s a record, the story reported.

If the superlative prompted contemplation of climate change, that would be understandable. The previous day’s front page included a wire story headlined, “Government climate report warns of worsening U.S. disasters.”

Aside from the new report’s origins in the Trump administration, its findings are discouragingly familiar. Among the chillingly accurate predictions in a 2014 edition of the same periodic report were wildfires in dry regions and torrential downpours in wet regions. Like here.

The new climate report added dire economic predictions that appear to be accurate already in Western Pennsylvania. Rick Ebert, a Westmoreland County dairy farmer since 1982 and president of the Pennsylvania Farm Bureau, recently told the Pittsburgh Tribune-Review that 2018 is “probably the worst year that I’ve ever seen,” mostly due to the record rains.

Yet another discouragingly familiar climate-science development was Donald Trump’s refusal on Monday to believe any of it.

IT’S CLEAR BY NOW that federal officials at both ends of Pennsylvania Avenue are beset by a crippling lack of consensus around an existential climate crisis that confronts us right now, whether we live in tinder-dry California or soaking-wet Pennsyltucky. Citizens may have to DIY.

On Thursday evening in the Indiana borough hall, do-it-yourselfers have a cooperative opportunity to take the initiative. A diverse group of local officials, civic groups, university faculty and a new non-profit organization will meet to discuss how distributive solar power and collaborative local action can help save residents money and start saving the planet, even here in the shadow of climate-damaging, coal-fired electric generating plants. 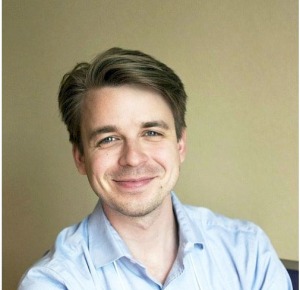 “It’s not a particularly sunny part of the country,” Henry McKay, state project director for non-profit Solar United Neighbors, allowed in a Nov. 27 phone interview from his Pittsburgh home. “But look at Germany. They have less sun than Pennsylvania. They still make it work.”

How? By installing “miniature power plants” on residential rooftops, McKay said. Another advantage is flipping the local electric utility and making it work for you.

“No one likes their utility,” McKay said. “Utilities are monopolistic. You can bust up their monopolies. Local energy independence is really powerful across party lines.”

MEANWHILE, at Indiana University of Pennsylvania, geoscience professor Jonathan Warnock transferred his recent participation in the county’s sustainable-energy task force to the university’s new sustainability curriculum and to its new $90 million math-and-sciences building. Warnock is tasked with analyzing rooftop solar panels for the building’s scheduled opening in fall 2022. 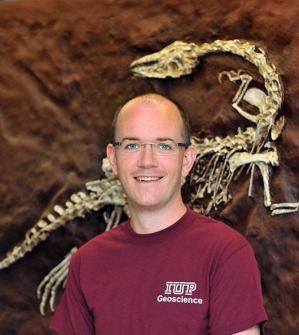 Warnock also is helping organize a free screening of a documentary on solar power. The show starts in the university’s Humanities and Socials Sciences building on Dec. 11, 6:30 p.m., in Room 225.

One early adopter in Indiana County reports that one of three structures he has fitted with solar panels saves as much as $2,000 in annual electricity costs, which would pay for the investment in as few as 20 years as solar costs decline.

It’s expensive, the early adopter says. For now. But the main motivation is not money. It’s climate – to reduce the family’s carbon footprint. Associated tax incentives are gravy.

COAL INDUSTRIES see trends, too. Electricity generation from coal – which supplies the vast majority of utility-scale energy generation — has declined since 2007. Causes for the decline include cheaper and plentiful natural gas, renewable power, stricter environmental regulations and other factors. Like individuals reducing reliance on the grid.

The Trump administration’s attempts to reverse these trends may go up in solar. Consider jobs in the coal and solar energy sectors.

The same is so in the Keystone State, said McKay of Solar United Neighbors.

“There are more solar jobs in solar than in coal in Pennsylvania,” he said. “And solar jobs are taking off. There was 25 percent growth in 2016.”

IN INDIANA COUNTY, commissioner Sherene Hess told McKay’s group that she hoped his co-op “will provide a boost to green jobs in the region by demonstrating that there is strong demand for solar energy in our communities.” 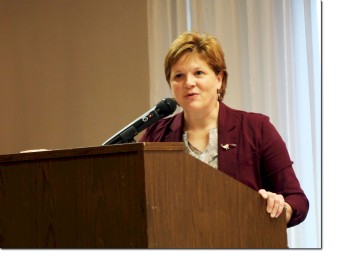 “The big takeaway in Pennsylvania is that we always have pioneered in energy – innovators and producers,” he said. “But the world is converting. We risk losing our edge. With a climate report like that, there will be a move away from a finite, problematic energy strategy.”

Or, as a Nobel laureate once put it, “You don’t need a weatherman to know which way the wind blows.”

David Loomis, Ph.D., retired associate professor of journalism at Indiana University of Pennsylvania, is editor of The HawkEye.

The HawkEye invites comments on this and other issues of community interest. Email doloomis@iup.edu