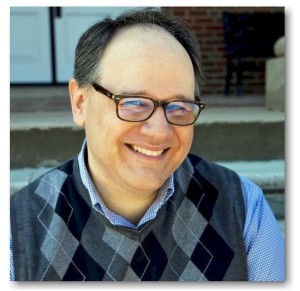 Last week, Pennsylvania State System of Higher Education officials held four public hearings on a controversial proposal to merge six of the system’s 14 campuses. The public comments were almost unanimously negative. One of the commenters on Thursday was Indiana University of Pennsylvania music professor Jason W. Worzbyt. His comments are reprinted below.

INDIANA — I am a faculty member in the music department at IUP, a position that I have held for the past 23 years.  The State System of Higher Education has played a major role in not only my life, but that of my family as well.

In 1972, my father joined the faculty at IUP in the counseling department, and I and my sister attended IUP for our undergraduate degrees.  After receiving what I believe was an undergraduate education second to none, I was honored to join the music faculty at IUP in 1998.  At the conclusion of this next academic year, a member of my family will have taught at IUP for half a century, which should hopefully inform you of my family’s dedication to this institution.

As I have witnessed the systematic defunding of PASSHE during my time at IUP, I remain baffled at the lack of collective outrage from the Office of the Chancellor and the Board of Governors.  Year after year, our system remains underfunded, and rather than making a full-throated defense of the importance of higher education in Pennsylvania and requests for proper funding, there has been deafening silence.

Where is your outrage that a lack of funding has resulted in the loss of talented faculty from our state system?

Where is your outrage that our young people are now regularly looking to educational opportunities in other states because it is significantly more affordable?

Where is your outrage that our students are taking on levels of debt that could significantly impact their ability to get married, start a family and even own a home?

Where is your outrage that the brand of PASSHE continues to deteriorate due to these economic issues, leading to decreased enrollment?

Where is your outrage that the communities surrounding PASSHE schools have suffered economically due to this protracted underfunding?

AS THE REPRESENTATIVES for students, staff, faculty and the communities that PASSHE serves, all of you have a moral obligation to share your collective outrage towards funding levels that have  put Pennsylvania almost dead last in terms of funding for higher education. Is that truly the legacy that you want to leave behind?

Speaking as a faculty member, I can easily share with all of you my outrage.

I am outraged watching the anger and sadness of our students bid goodbye to professors who were retrenched this academic year, especially since we as faculty were never given a voice as to how to find solutions for our current economic situation.

I am outraged at watching retrenched faculty that have made significant contributions to their students and the state system try to find another job, house and school system for their children in the midst of a once-in-a-century pandemic.

I am outraged that members of the Pennsylvania legislature continually belittle the work that I and my faculty colleagues do, either through spoken comments or lack of funding, without a unified defense from everyone listening to this hearing.

I am outraged to see dear friends and colleagues of mine let go due to retrenchment, while the individuals that created these funding issues continue to serve the commonwealth of Pennsylvania.

And finally, I am outraged to see a state system that I dearly love begin to lose its prominence as a first choice for higher education in our state.

A COLLEAGUE OF MINE once told me that the purpose of higher education is to make the surrounding community a better place.  Schools in the PASSHE system continuously and consistently make investments that will hopefully live on for generations to come.

However, in order for us to do our job, you must do yours.  Say no to this integration plan, and demand that the state system be properly funded. All of us are watching you.

Jason W. Worzbyt is a professor of music at Indiana University of Pennsylvania. He lives in Indiana.