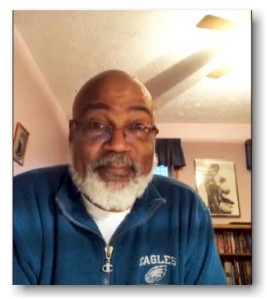 Dr. Jenkins, 65, a resident of White Township and a native of the Philadelphia area, arrived at Indiana University of Pennsylvania in 1988. He led the university’s developmental-studies program and recruited IUP students from Philadelphia to Pittsburgh. He co-founded Victory Christian Assembly in Indiana. And he served two terms on Indiana Borough Council beginning in the late 1990s.

Last fall the university retrenched his position. He is scheduled to retire June 4.

His teleconference interview was conducted Feb. 28. Following is a transcript, edited for clarity and brevity.

THE HAWKEYE: You might have seen some changes, or efforts to change, since you arrived in Indiana County in 1988. Can you elaborate?

THE HAWKEYE: One teacher of color in the Indiana Area School District?

JENKINS: To my knowledge, there is one teacher.

THE HAWKEYE: And who’s making the effort?

THE HAWKEYE: It sounds like the pace of change here might be kind of slow in your experience. Would that be a fair assessment? 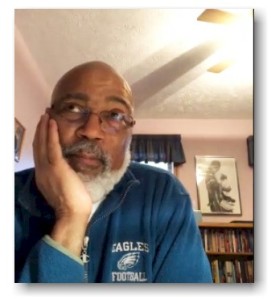 THE HAWKEYE: So what else should we be doing in Indiana County to make things better, from your perspective? And how will we know when we’ve reached that point?

And the other thing I’m going to say about that is that for me to evaluate that is inappropriate. That’s the word I want to use. And the reason why I believe it’s inappropriate is because of the fact that I didn’t create segregation. People of color didn’t create it. We were sort of introduced to it and kind of ushered into it by society. And so if we didn’t create a discriminatory environment, I don’t think that we’re going to be able to solve the discriminatory environment. So we will know when.

THE HAWKEYE; I think I hear you saying we will know when White people have a change of mind or change of heart or a change of deed. Change of policy. What do we need to do here in Indiana County to get there?

JENKINS : Yeah, all the above, and set up — this is going to sound, you know, well, I don’t care how it sounds — and set up your own criteria to measure that. In other words, If a White community said, we want to abolish racism — I’m just using something outrageous — we want to have equity among hiring of school teachers across the races, where we wanted more diverse faculty in our school district. If White people said that, then they could set up their own criteria to do that and measure it against themselves. In other words, hold themselves to that criteria. I don’t think it’s fair or appropriate for me to set that criteria, because that’s just going to make everyone else resent me for coming in here and setting up a criteria, to benefit what I think should be benefited when you know the right thing to do.

THE HAWKEYE: It sounds like White people get a pass with that strategy.

THE HAWKEYE: Yes. It reminds me of the debate between Martin Luther King Jr and Malcolm X – combatting White supremacy by nonviolence versus armed self-defense.

JENKINS: Isn’t it interesting, though, that they were both killed? Can you think of a White person that’s been killed for their position on black lives? I can’t.

THE HAWKEYE: It sounds from your assessment that not much has changed since 1988, that you can’t expect too much of White people in Indiana County, Pennsylvania. 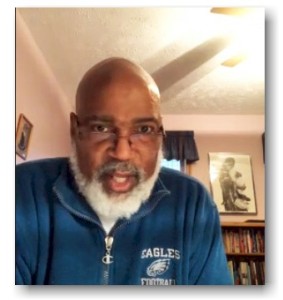 THE HAWKEYE: You mentored students at IUP’s Punxsutawney campus. Students there have told The HawkEye that it was a different world altogether from Indiana’s campus, particularly regarding race. What’s your assessment of what’s going on in other areas in and around Indiana County?

JENKINS: I don’t think that there’s any interest in racial issues outside of Indiana Borough, or, you know, White Township. I don’t necessarily know that it’s evil so much as it’s ignored. I don’t know that Punxsutawney is an evil place. I think Punxsutawney is an American place. My perspective is pretty universal. I don’t see a lot of difference outside of Indiana Borough than in the rest of America. I think the Indiana metro area is making some steps. But I don’t know that a lot has been accomplished.

THE HAWKEYE: How about Indiana University of Pennsylvania? How are things there in your judgment?

THE HAWKEYE: You were involved with  the multicultural center at IUP.

JENKINS:  I was a graduate student there, a grad assistant there, and I’ve obviously worked closely with them over the years. I was chair of the Department of Developmental Studies, which has assisted many underrepresented students, both urban and rural students. So, my experiences are varied with regard to race. But I’ve always been an advocate, obviously for minority students and did a lot of recruiting in my earlier years — in the Philadelphia area, Harrisburg, Pittsburgh.

I have a pretty good handle on the pulse of the minority community. I have a big church here in town that is majority minority.

With regard to IUP, I think it’s like many other predominantly White institutions in rural America. I think that they talk the talk. But I don’t believe the percentage of African-American faculty is any different today than it was 30 years ago. In upper administration, it’s exactly the same as it was. We all generally had one person of color and some women, and they felt like that’s probably as diverse as its going to get.

THE HAWKEYE: That’s got to be disappointing.

JENKINS: The same rule applies when you’re looking at IUP as it applies to Indiana County. That is, you know, you’re not in a position to stand up and shout about it. It’s really up to the folks who are in charge to take the issue in hand and do something about it. 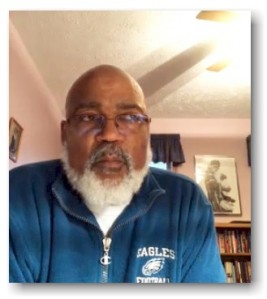 THE HAWKEYE: That’s the approach you take with your employer?

THE HAWKEYE: Media have brought attention to issues of concern to Black people in the past few years. Has that attention changed anything, moved the dial, in your judgment?

JENKINS: Let me answer the question with a question: What happened after we had a black president?

THE HAWKEYE: Let’s talk about that.

JENKINS: We voted an African American into the highest office in the land. And he was there for eight years and didn’t get killed. That’s good. But then, at the end of his term, what happened? I mean, what happened?

THE HAWKEYE: Well, do you take any comfort in the election outcome in November?

THE HAWKEYE: Speaking of that, Pennsylvania has one of those state legislatures that is among the most active on those proposals. You’re going to have a little more time on your hands, I assume, come June 4. You have a constituency in your church. What’s on your agenda for the next four years?

JENKINS: Well, if there is such a thing as good news in Indiana, it’s that they really can’t disenfranchise. There’s not enough of a voting bloc of people of color to make a difference. In other words, this is a red county. And there’s no real threat that it’s going to become blue. So if I were to say to everyone in my church, for example, go out and vote. Assuming that the majority of them are going to vote Democratic, it’s not going to make any difference. So I don’t think that Indiana County is going to be affected at all. They’re going to go after these places, you know, the cities — Detroit, Philadelphia, Pittsburgh, Erie, Milwaukee, Atlanta. Because they know that that’s where large populations of people of color are.

So, I’m back to the question: Are we really talking about major changes in the last 30 years? When you see that’s where this is happening all over again? You can see that’s where it’s going. No one White is standing up to say, this is wrong morally and we need to do something about this. The majority of people are just going along.

THE HAWKEYE: Are you inclined toward public service beyond your ministry after you retire?

JENKINS: I’ve been on the Borough Council. But we moved to White Township, and I had to leave the council. So I don’t know that I’m gonna serve anymore. I mean, who knows? When I retire I might, but that’s really not on my radar at the moment.

I really want to raise more questions than I want to give answers. And I just wanna leave the questions in the air so that people can think about them. 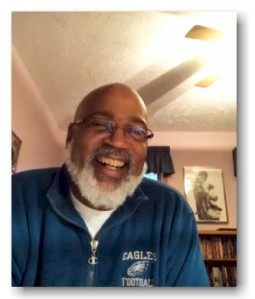 THE HAWKEYE: What would some of those questions be?

JENKINS: Well, is it my job to solve race problems? And are there ways in which anyone with eyes can see that there’s not racial equity? If I pay taxes, should I not have a representative that looks like me? I do pay taxes. What’s wrong with that? And what if not? If there’s nothing wrong with it, then why is it?

THE HAWKEYE: Are you seeing the economy and equality as linked? In Indiana, Pa.?

JENKINS: Yeah, if the university continues at its pace of cutting people. I think that eventually it is going to have an effect on race. I know that. I can probably identify at least three quarters or more of the African American people that work at IUP in all capacities. And I would say that if we continue this, some of us are getting older and some of us are going to be retrenched. But if we continue this pace and there’s no real new blood coming in, I can see where economics and race would be front and center and then laid at Indiana County’s feet, particularly at IUP’s feet. I don’t know what’s going to happen. So, I could see that connection between race and poverty there.

THE HAWKEYE: You did a lot of recruiting of students at IUP. What do you foresee there?

JENKINS: Traditionally, when there are economic cuts, legitimate or not, the most affected groups are those that are, you know the most underrepresented. So if the question is, are our minority numbers going to thrive in a tough economic time? I would just point you to history and say whenever there’s a cut, it’s going to be people of color that are going to be affected, you know, in an outsized way.

Just like Covid or anything else, the gap in economics, the gap in poverty is magnified by an outside catastrophe. So, if we’re in now a financially desolate time, I would say that more likely than not, students of color are going to be affected disproportionately, ’cause that’s just the way America works — and for people of low economic status generally.  Not necessarily people of color, it’s just people with low income status.